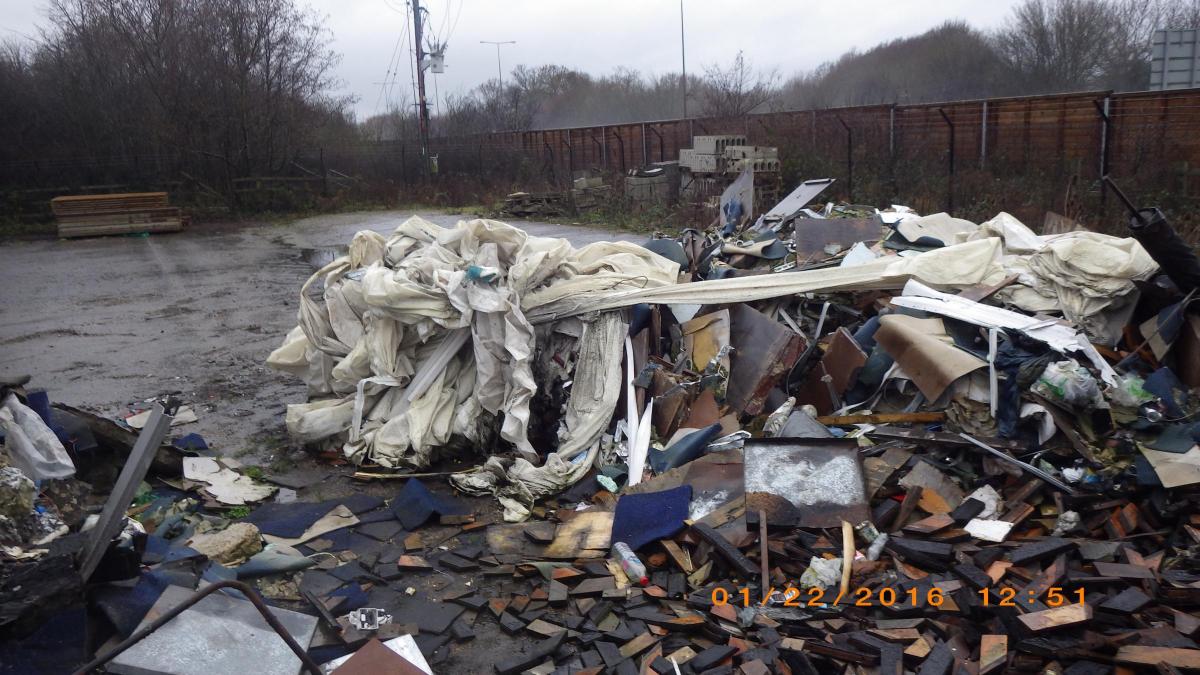 Of the many people who are caught illegally fly-tipping up and down the length of the country, it has to be said that Billy Prince (34) is not the brightest of the bunch. Prince decided to dump a van-load of waste at a Thurrock Council owned street cleaning depot off Stanford Road, in Stanford-le-Hope, Essex. The rubbish included old office furniture and flooring.

He did this in May 2015 despite the fact that a large sign at the yard entrance clearly stated “No Tipping”. Prince also failed to notice the fact that there was a CCTV camera filming his every move. On top of that, the van he was driving had the name of his employer printed on the side which was clearly visible on the CCTV footage.

Justice finally caught up with the dim dumper when he appeared before Chelmsford Magistrates’ Court in February 2018. Prince was fined £2,000 and ordered to pay compensation of £3,970 to Thurrock Council. He also had to stump up costs of £1,105 and a victim surcharge of £120, giving him a total bill of £7,195.

Lesley Robertson an Environment Agency Enforcement Team Leader said, “A community order or custody, as well as a financial penalty, could have been imposed. As this was a single offence the penalty was reduced and the magistrates felt a financial penalty, which totalled more than £7,000, was appropriate. This shows that even with a single fly tip the penalties are very high.”